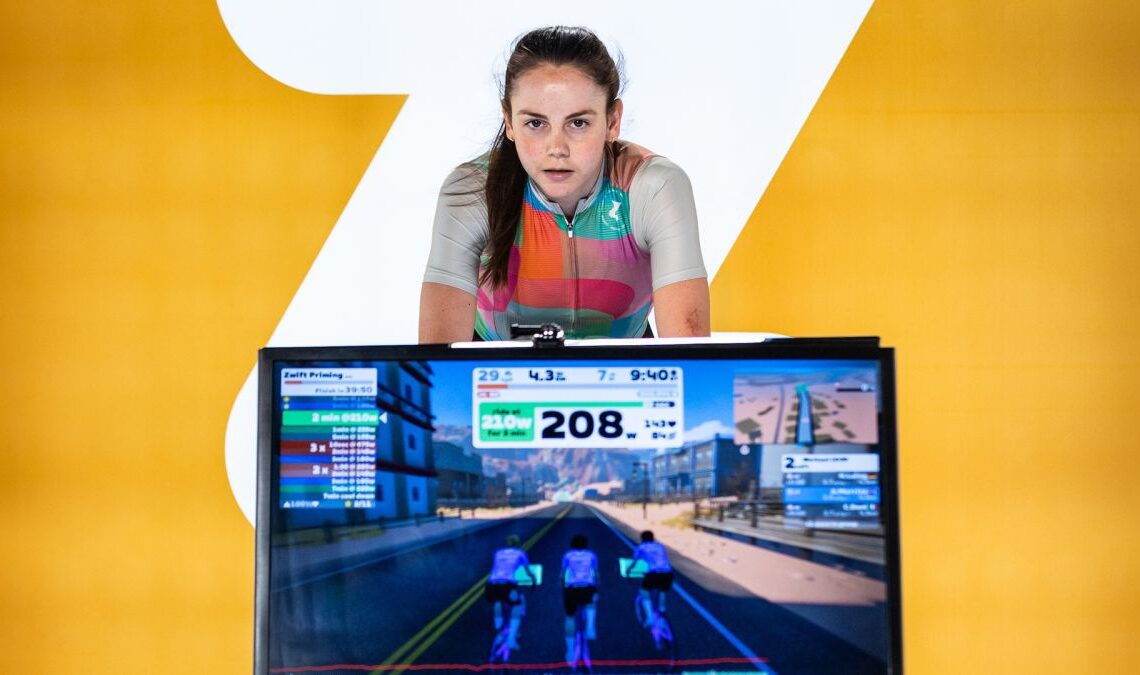 It’s taken over 500 races to realize that Zwift is exactly like real-life road racing, but also not at all. I’m an amateur cyclist, in every sense of the word, based in the northeast of the USA, and the lure of New England’s hilly stage races has long been irresistible and exhilarating. For decades, the lust for competition and pursuit of the perfect race marched a campaign up and down America’s East Coast. Racing meant the road with its wide-open expanses, wooded canopies, and anticipating horizons.

When the change of seasons forced the committed indoors, it was onto the turbo. Like many, my passion for fitness maintenance and off-season performance gains made it an accepted necessity. Droning away for hours was commonplace, perfectly content with the rudimentary resistance variation of any “high-tech” device.

Non-cycling friends shook their heads, and the traditionalists acknowledged with guarded approval. As time passed, and technology advanced, distant voices formed a new pack of racers. They were called virtual cyclists.

That was five years ago, and today, over 500 races later, a virtual cycling denial within me evolved from an accepted evil to a preferred passion. Now they’re called ‘indoor specialists’. They know from the experience of success and failure, trial and error, that Zwift is exactly like real-life road racing and not at all, and I’m proud to consider myself one of them.

But as the 2022 Zwift Academy winners are announced and two new e-racers graduate to the real world, I spoke to a variety of indoor cycling specialists at every level of the journey; many of whom have forgotten more than I’ll ever know. Here’s what they had to say.

Zach Nehr races at Zwift’s highest level, is a US domestic pro on the road, and, as a regular contributor to Cyclingnews, is an authority on comparative pro data analytics.

“I think that cyclocross most closely resembles Zwift racing because of its hard start, sustained effort, and repeated sprints,” Nehr states. “Most cyclocross races are 30-60 minutes, the same length as most Zwift races.

“Cyclocross always starts with a sprint off the line, much like a Zwift race. After that, the pace hardly relents, and you’ll never be riding in…