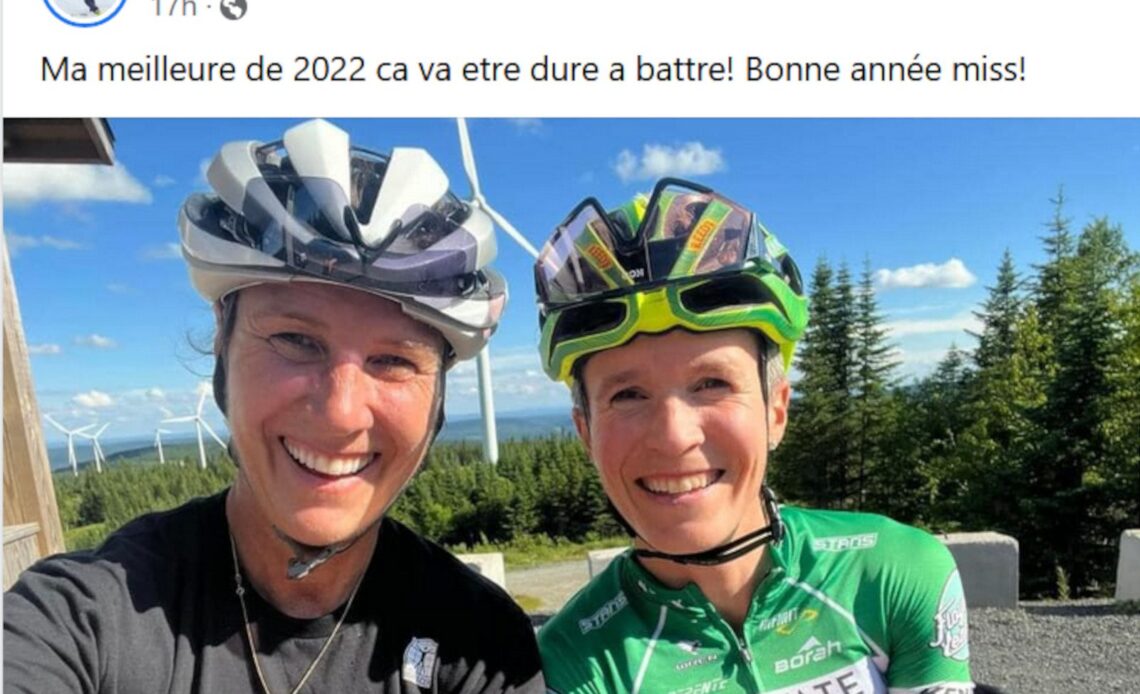 One of the longest feuds in cycling came to a close in July of 2022 when Geneviève Jeanson and Lyne Bessette made up in famous fashion. Both cyclists come from Quebec and became some of the world’s best riders in the late ’90s. The two riders would go on to achieve international results, making the Olympic team…and ultimately creating an arch-rivalry that was well documented in the press.

For years, B7 and The Queen from Lachine would spar on the bike on and off the bike.

When they both retired, Bessette was still upset over Jeanson’s doping past and ignominious departure from the sport. But once Jeanson opened up more about her abusive coach who manipulated her into using EPO, Bessette would change her opinion about the former junior world champion.

In mid-july of 2022, the two cyclists met in the Beauce region of Quebec for a gravel race, La Buckland sur gravelle. They’d been chatting on Facebook and this was a reunion to which they had both been looking forward.

“My heart is full. What you see in this picture is more than just smiles, you see years of personal growth between the both of us. Thank you Lyne Bessette for sending me that first message and being so kind, I found another piece of myself thanks to you.” Jeanson posted on Instagram.

On Monday, Bessette posted a photo on Facebook of them together on that special day along with a caption. “My favourite memory of 2022 is hard to beat! Happy New Year!”

Jeanson replied in the comments, saying she was so happy to share those moments together, and hoped that there will be more moments to come in 2023. “We have just begun! Happy New Year!”

As you can imagine, the rest of the comments were of a similar vein, thrilled to see the two superstars reunited at last.