Marc Madiot: Thibaut Pinot is a rider of paradoxes 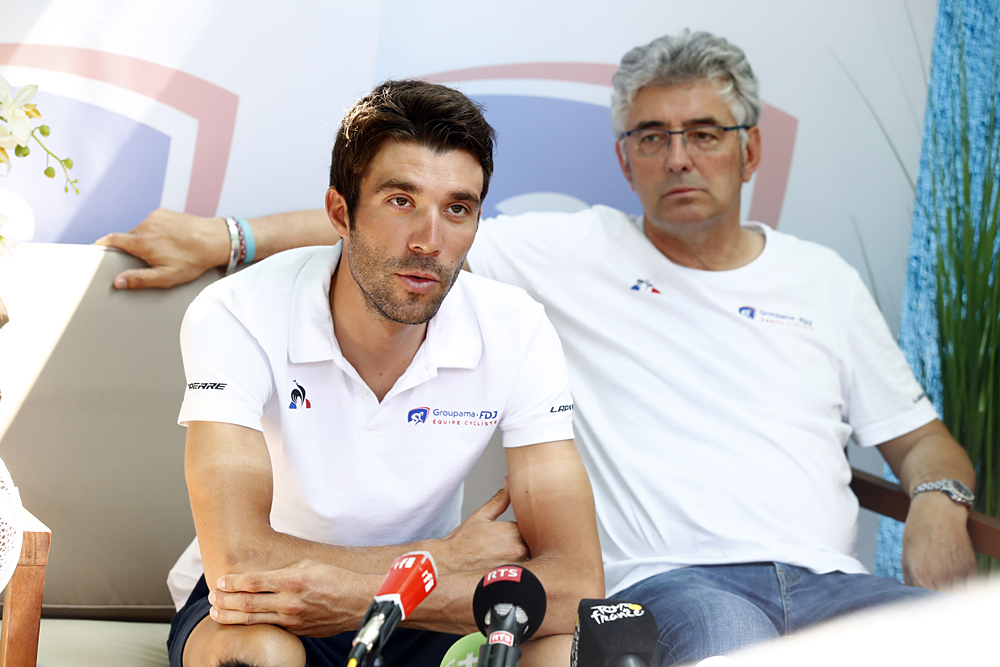 When Thibaut Pinot spoke, in his retirement interview, of rejecting the offer of a smart-watch and selling his home trainer as soon as possible, it wasn’t hard to imagine Marc Madiot reading on with a nodding smile of approval. But while Pinot appears to pine for the cycling of Madiot’s racing era, the Groupama-FDJ boss himself is moving with the times.

It was Madiot, after all, who gave the green light for all his riders to be kitted out with the watches that would monitor their every step and every heartbeat. Previously disdainful of Team Sky and suspicious of sports science’s sweeping takeover of professional cycling, the Frenchman has learned – reluctantly perhaps – to embrace the modern methods that now govern the sport.

That’s why, in an interview published on his own team’s website, he didn’t come across particularly misty-eyed at the news that his team’s greatest ever rider will retire at the end of 2023. The press official conducting the interview was even moved to ask at one point: “Isn’t there a touch of emotion?”

That will come at the end of the season, he responded, but it still seemed telling that it didn’t come now.

“It’s the end of an era… but it’s not death. It’s just time passing and life going on. You can look back on it all with some nostalgia and stop for a moment, but you can’t stand still,” Madiot said.

“The team must continue to move forward, to develop, to innovate, and to strengthen in all areas to remain very competitive. If you stop and lose time to look at your record, you’re dead. That’s the team’s life. We honour the people who leave us, we escort them, but the house’s hard core must continue to strengthen.”

Madiot has modernised the team and its methods in recent years, not only embracing the more scientific aspects of the sport but laying the foundations for the future with junior and U23 development teams that are already feeding quality riders into his WorldTour squad.

David Gaudu has already emerged as Pinot’s successor, while the highly-rated Lenny Martinez and Romain Gregoire graduate this year. And it’s not just home hopes; the development team has an international feel with a particular focus on mining the post-Wiggins wave of British talent – something few would have predicted several years ago.

“The transition is already taking place. For a long time, especially in the Tour, we were dependent on Pinot. But since 2021, that is no longer true. The team has already prepared itself for the…