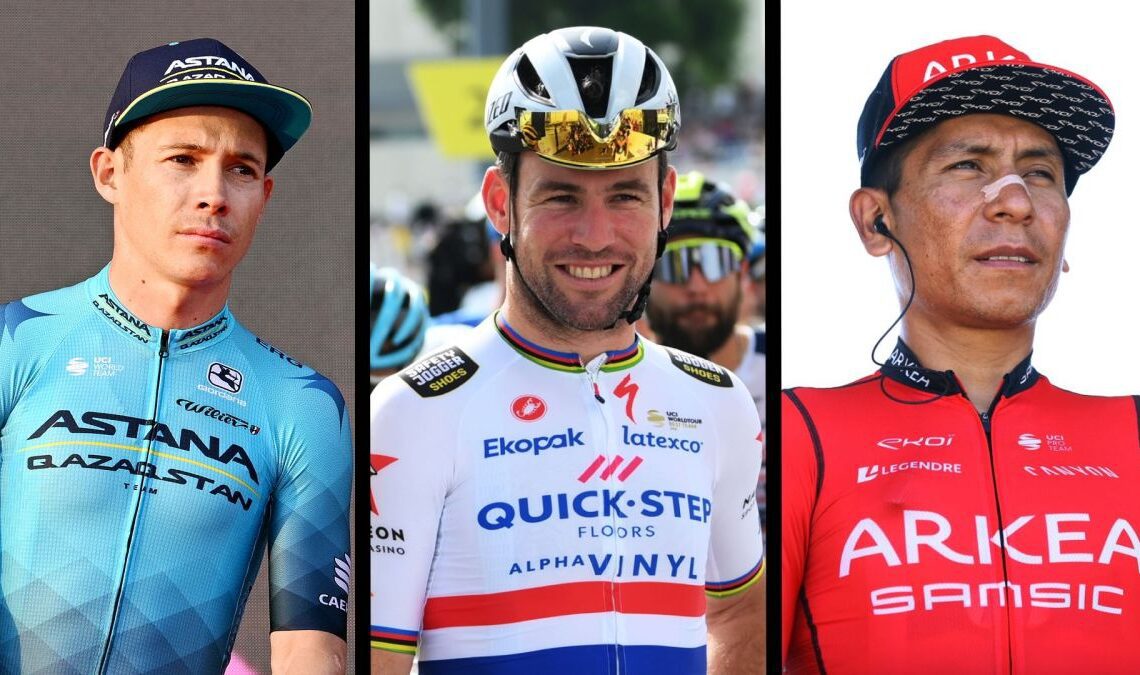 At the end of last month, Cyclingnews examined what was left of the transfer market, putting the number of professional riders still without a team for 2023 at over 100.

One month on, and just a couple of days before the new contract year, there has been significant movement, but there are still a fair few riders – including some big names – whose futures are up in the air.

The most significant development is the collapse of the B&B Hotels team, leaving Mark Cavendish still without a confirmed squad, while Miguel Ángel López has entered the market in dramatic fashion after being fired by Astana for alleged connections to a doctor suspected of doping.

Cavendish and López are intertwined, with the departure of the Colombian freeing up space and budget at Astana for the 34-time Tour de France stage winner to set up a surprising move to the Kazakh team.

A deal was reached, but it is unclear if it has been finalised, with no official confirmation as yet from the team. The deal reportedly included Cees Bol, another sprinter who’d been set to join the B&B Hotels project. Bol is managed by the SEG agency, which Cavendish moved to this spring in a bid to find a good contract – possibly the last of his career – that would enable him to break the Tour de France stage win record he currently shares with Eddy Merckx.

Cavendish and Bol were sold as a package by SEG, with Astana having to drop one of their young riders down to their development team to stick to the UCI maximum squad size of 30.

For Cavendish, Astana represents something of a last-chance saloon after his options became severely limited. Links to Israel-Premier Tech – a move that made the most logical sense – proved wide of the mark as the team picked up two B&B-bound riders, neither of them Cavendish.

Astana have never had a top-level sprinter, and there would be question marks over the lead-out unit. Bol can slot in but was billed as a sprinter in his own right for B&B, while there is simply no room for Max Richeze, the dedicated lead-out man Cavendish was going to pull out of retirement to assist him in 2023.

Richeze has not yet confirmed his future plans, but the 39-year-old could well retire after coming close last winter and only racing on a six-month contract with UAE Team Emirates in 2022.

The rest of B&B Hotels

As for the rest of the prospective B&B Hotels squad, 11 riders remain without contracts – 13 if you include Cavendish and Bol.