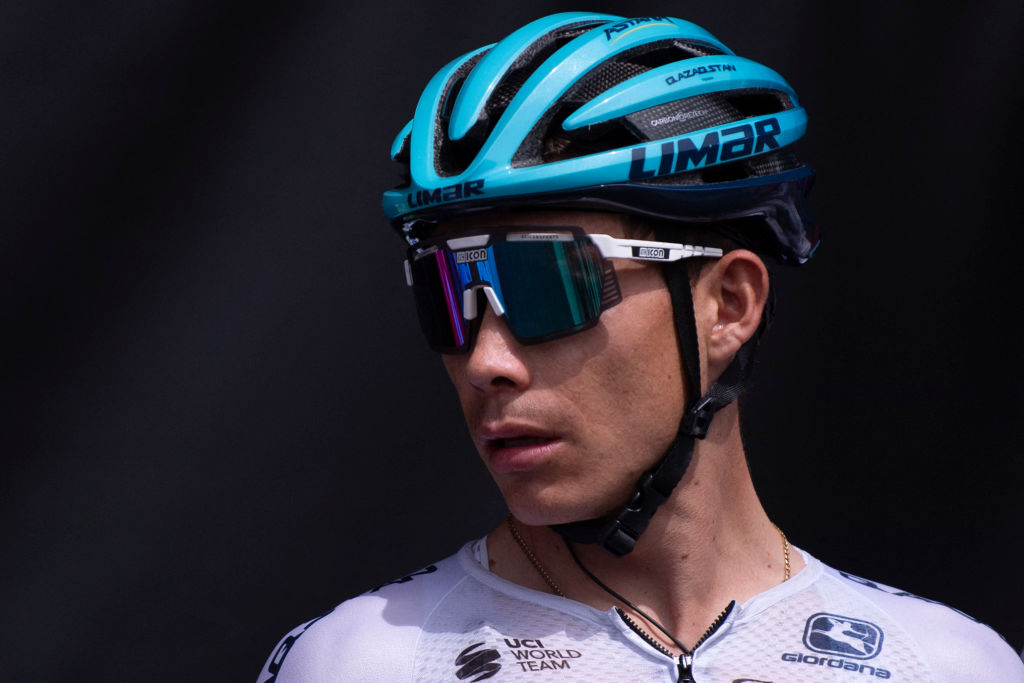 Miguel Angel López has insisted he is innocent of any doping offence, that he had no idea that he would be sacked by previous squad Astana Qazaqstan, and that he is looking forward to racing with his new team, Medellin.

“I didn’t dope, my biological passport is intact,” López said in an interview with Colombian outlet ADN Cycling (opens in new tab).

López, 28, was fired by Astana Qazaqstan in December after alleged new evidence linked him to Marcos Maynar, a Spanish doctor currently under investigation for reported links to a doping ring.

But the Colombian continues to insist in his latest interview that he has done nothing wrong and that while he is more than content to be racing on home soil for the Continental team Medellín EPM, he aims to return to the WorldTour before retiring.

“It’s a new experience, I’m motivated, I’m looking forward to a new season with beautiful experiences. It’s a bit different to what I expected [for 2023], but I’m sure I’ll feel the support of the supporters here. This is the best team here in Colombia.”

López said that finding a home-based squad following his dismissal from Astana was “something nice after what happened, and sometimes you have to take a small step back to take a major leap forward.”

Seemingly determined to put a positive spin on recent events, he pointed out that racing in the WorldTour, where he made his professional debut in 2015, meant he had been unable to take part in top local races like the Vuelta a Colombia or Clásico RCN: “But now with Medellín, I’m going to get that chance.”

His exit from Astana had not been an easy one, he admitted, particularly given he had already been briefly suspended by the team in the summer over the same case, but then reinstated. “There hadn’t been a problem, things moved forward and we were looking forward to 2023 without any concerns,” he said.

“It [the initial suspension] had just been a bad moment that happened, a misunderstanding. I have nothing to repent about because I’m not doped, my biological passport is clean.”

“Then from one moment to another it was as the ground had gone from underneath me. It was very hard, suddenly I found had no team, it was December 15th, almost Christmas.”

“With the support of my friends and family I could get through. The key thing is there are no issues, so I decided I’d have to race in a none-WorldTour team and hope things go back to normal.”

López had words of thanks for his…