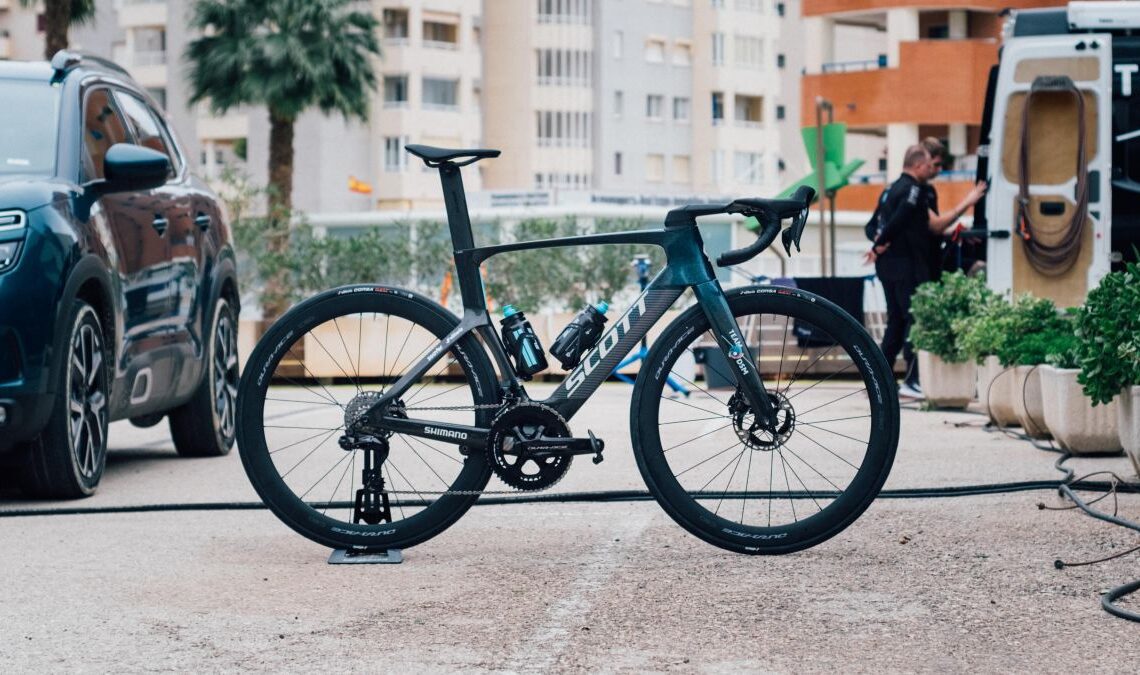 Last year’s Presidential Tour of Turkey GC winner Patrick ‘Paddy’ Bevin has been racking up a very respectable palmares over the years, including 4th in the time trial at the 2019 World Championships, and stages at the Tour Down Under and the Tour of Romandie. This year he’s gearing up to do more of the same for Team DSM, having transferred from the slightly beleaguered Israel-Premier Tech squad, who suffered World Tour relegation at the end of the 2022 season.

With a new year and a new team comes a new bike and fresh components to get used to, so what is Patrick Bevin’s bike for 2023?

The DSM squad are sponsored by Scott, and for the majority of races, Bevin’s bike will be the latest Scott Foil, which launched during the Tour de France in 2022. As with the galleries we’ve already brought you for Remco Evenepoel’s bike, Tadej Pogacar’s bike and Elisa Balsamo’s bike, we managed to talk our way into the mechanic’s area at the DSM training camp service course in Alicante and take some pictures to give you a better idea of how the pros like their bikes set up.

While the old Scott Foil was more of an all-rounder, this generation is an all-out aero bike, bucking the industry trend for converging on a single main race bike. The deep tube shapes and horizontal top tube all aim to cheat the wind, and the cockpit is something to behold, though it isn’t the one piece bar-stem that’s to be found on the consumer-spec Foil.

Being a Shimano-sponsored team, his Scott Foil is running a complete Dura-Ace build. The wheels are Dura-Ace too, but a non-tubular set, running a set of 26mm Vittoria N.EXT with graphene tubeless-ready tyres. Interestingly they’re not set up tubeless, instead opting for inner tubes; the mechanics did describe them as ‘training tyres’.

What size is Patrick Bevin’s bike?

At 1.8m tall, Bevin is at the top of what you’d deem suitable for his chosen size of frameset: 54cm. Most pros like to keep their frames smaller and compensate in terms of reach with a longer stem. This tends to keep the wheelbase shorter for more rapid handling, the overall weight down, and the stack (the height of the bars relative to the bottom bracket) lower, and thus more aerodynamic.

Bevin’s bike isn’t running an exceptionally long stem, especially in comparison to what you’ll find on Michael Matthews’ bike, for example, instead…