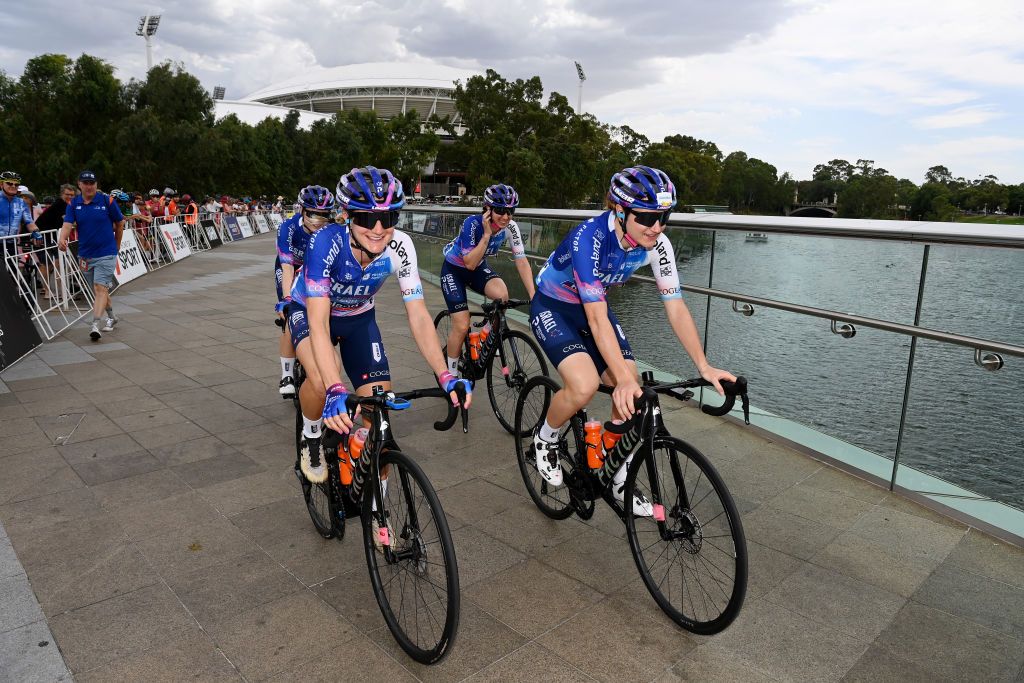 Israel Premier Tech-Roland has undergone significant upgrades in their second season on the Women’s WorldTour as Israel Premier Tech increased its funding and moved into a title sponsorships role while the team hired 10 new riders for the 2023 season.

Among the new signings is a former double junior world champion, Elena Pirrone, aiming to get back to the top of her game on the world-class pro cycling stage.

I really want to return to that level,” Pirrone said. “It would be a really big goal for me.”

Pirrone, now 23, won double world titles in the junior women’s road race and time trial in 2017 before joining team Astana for two seasons. She then spent three seasons with the successful development team Valcar Travel & Service, where she said that despite their support, she experienced a few down seasons. Now she hopes to get her cycling career back on track at the highest level.

“I had a [tough] period in the last few years. I didn’t find myself, so one big goal for me this year is to refind myself, to re-find the past Elena. I’m doing my best for it. I think, with this team, I could do my best and achieve my goals and maybe do some good results that I really need.”

Pirrone joined her new team for a pre-season training camp in Girona, where she was introduced to her teammates for team bonding activities and training rides. “It was really nice to see all the girls, and I think we are a good group together, I’m really looking forward to the next season,” she said.

Starting as Cogeas-Mettler Pro Cycling in 2018, the team was a surprise addition to the Women’s WorldTour in 2022, joining a total of 14 teams with top-tier licences. The team was previously registered in Russia but based in Lausanne and became registered in Switzerland.

Now in its second season at the top level, it has all but transformed, re-signing only three riders from the previous year, Tamara Dronova, Caroline Baur and Hannah Buch, and hiring 10 new riders this year.

“They are all motivated. So it’s ultra motivating for me. They want to have a great season, and they are all doing their best to achieve their goals. I have found this team to be really positive,’ Pirrone said.

“We don’t have the big individuals, but I think if we…