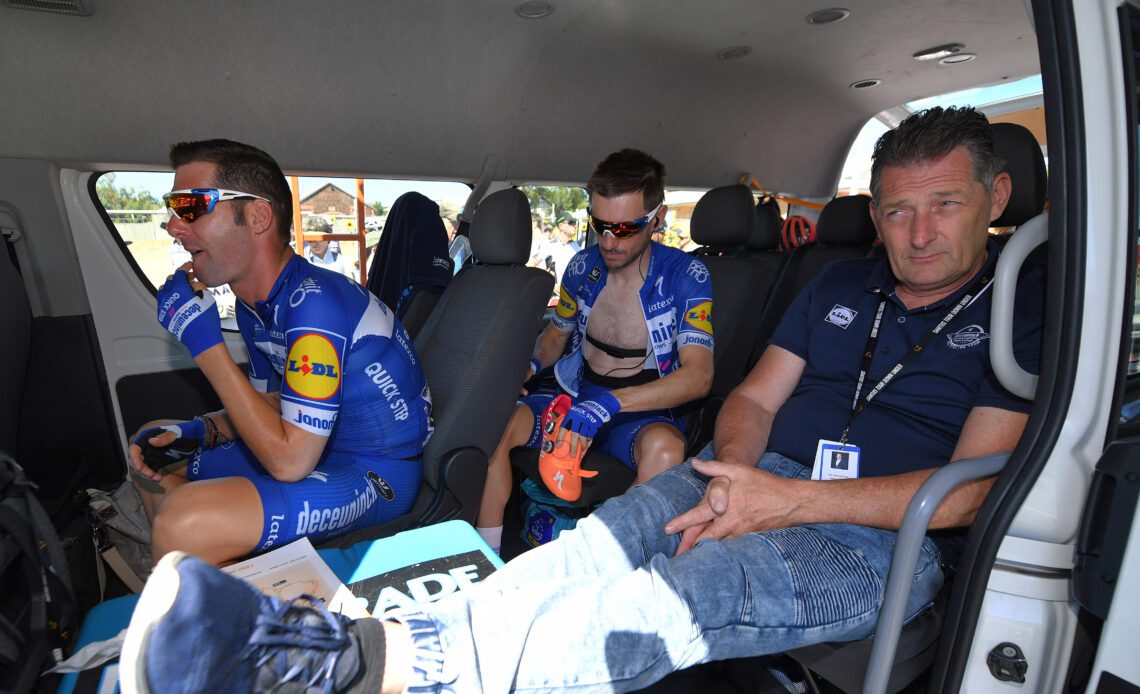 The 59-year-old Van Slycke raced as a professional between 1986 and 1999, most notably at Histor and Lotto, winning Nokere Koerse in 1989.

He was initially recruited by Lefevere as a VIP driver for Domo–Farm Frites – the team that would later merge into Quick Step-Davitamon and in turn evolve into Soudal-QuickStep – before moving into a sports director role.

Het Nieuwsblad (opens in new tab) reported in October that Van Slycke’s contract was not set to be extended amid multiple departures from the team’s support staff.

Van Slycke didn’t face the prospect of leaving the WorldTour for long, though, with Alpecin-Deceuninck quickly recruiting him to the role of sports director as the team enters the WorldTour for the first time in 2023.

“I am very pleased and honoured at the same time to also be part of a World Team in 2023,” Van Slycke said of the new position.

“Alpecin-Deceuninck is a team that has already earned its stripes but is still developing. With my years of experience at the highest level, I hope to do my bit.”

Brian Holm has also ended his tenure with the QuickStep, having announced his retirement from cycling in September, while performance director Ricardo Scheidecker has also left to join Tudor Pro Cycling for 2023.

Soudal-QuickStep’s staff will be bolstered by former rider Iljo Keisse, who moves from rider to sports director in 2022.