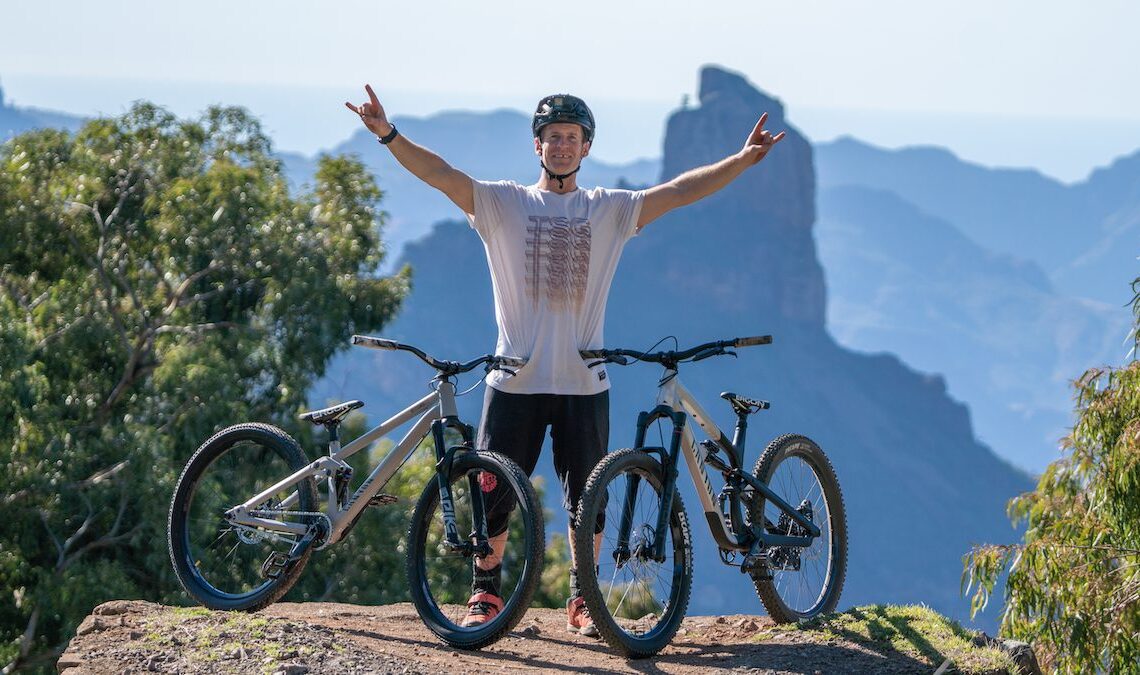 Pilgrim brings his approximately 1.8 million YouTube subscribers with him to the German direct-to-consumer brand. The 32-year-old expands the CLLCTV’s roster of freeriders and general non-racing athletes, including Fabio Wibmer, Braydon Bringhurst and Tomomi Nishikubo.

“Hello everyone. 2023 with Canyon is gonna be epic,” Pilgrim said of the move to Canyon. “It’s a dream come true. I’ll be riding the best bikes alongside the sickest team which means loads of amazing times, a bunch of sick videos coming your way and I’ll be hitting a few contests over the year, and loving every minute of it. Let’s go!”

While Pilgrim was among the earlier riders to shift his focus from competition to YouTube, starting his own channel in 2015, his two-decade-long career started well before that. Hailing from Colchester, U.K. originally, Pilgrim competed around the world landing podiums in Red Bull Joyride, a 2016 FMB World Tour championship and taking on the notorious Red Bull Rampage in the early 2010s.

Pilgrim’s diverse range of talents and interests makes him a good match for Canyon’s broad mountain bike line. The plan is for him to ride everything from the Stitched 720 and 360 dirt jump bikes to the Spectral and Stoic trail bikes and, for park days, the Torque, as well as Canyon’s :ON eMTB range.