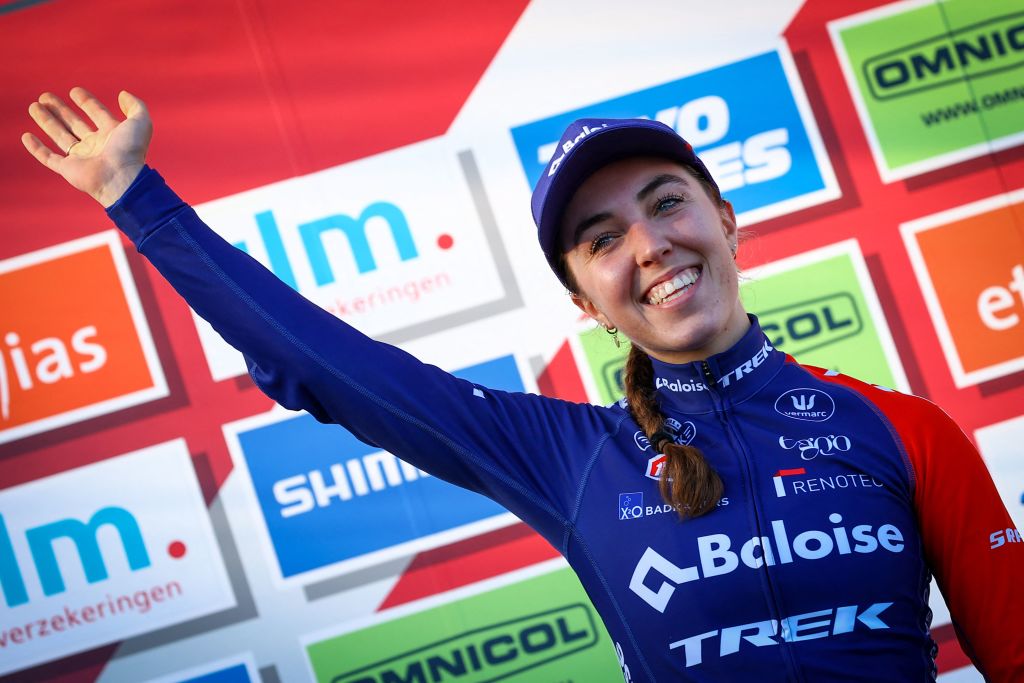 Shirin van Anrooij (Trek Baloise Lions) more than lived up to her status as pre-race favourite at the Exact Cross in Loenhout, blasting through rough weather and course conditions to take her third win in a week.

At the end of a long, 49-minute race, Marie Schreiber (Tormans) placed second. around a minute behind after Van Anrooij took off just a lap into the largely flat, rain-soaked, and muddy course in the province of Antwerp.

Schreiber had tried her luck early on, with Czech rider Kristyna Zemanova (Brilon-MB) also looking active. But Van Anrooij, starting with the number one dossard, was having none of it. The 20-year-old took off on the first of six laps to dominate the race with ease and capture victory at the final race of 2022.