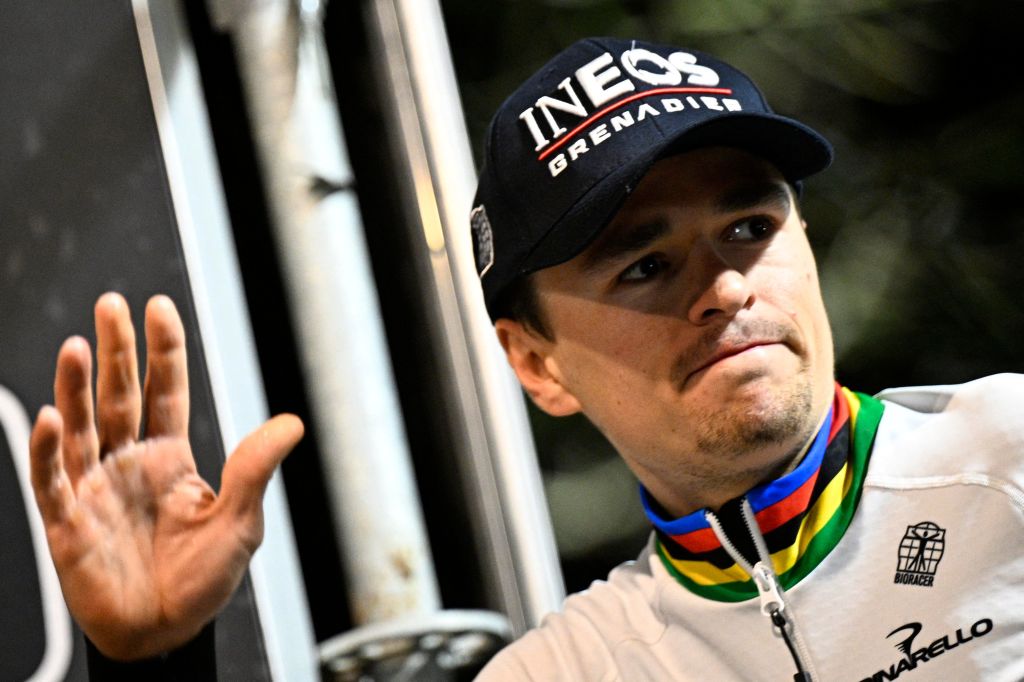 Tom Pidcock will not defend his title at the 2023 UCI Cyclocross World Championships, his coach Kurt Bogaerts confirmed during the broadcast of the GP Sven Nys on Sporza.

The British rider suggested as much before starting his winter cyclocross campaign in November, pointing to the late date of Worlds and his ambitions for the Spring Classics on the road.

“The World Championship is very late this time, isn’t it? If you peak for this Championship and then you have to prepare for the Classics,” Pidcock told Het Nieuwsblad in November.

The 23-year-old ended his 2022 road season early citing mental fatigue after a successful season that included a spectacular victory on l’Alpe d’Huez in the Tour de France.

Pidcock began his ‘cross season earlier than ‘big three’ rivals Wout van Aert and Mathieu van der Poel, both of whom have confirmed they intend to fight for the rainbow bands in Hoogerheide on February 5.

“I knew for a while I wouldn’t be riding. That was a decision made a while ago,” Pidcock said in the post-race interview after the New Year’s Day GP Sven Nys.

Both Van Aert and Van der Poel skipped Worlds in 2022 when the race took place in Fayetteville, Arkansas. Van Aert chose not to travel to the USA to prepare for the Classics. The strategy paid off with wins in the Omloop Het Nieuwsblad and E3 Saxo Bank classic and podium in Paris-Roubaix and Liège-Bastogne-Liège.

Van der Poel spent the spring nursing a back injury but started the season with a podium in Milan-San Remo and wins in Dwars door Vlaanderen and the Tour of Flanders.

Pidcock, by contrast, helped his team to a successful spring campaign but claimed only one podium, third in Omloop Het Nieuwsblad. He aims to change that in 2023.

“The road season is so much more important to me,” Pidcock said. “In 2023 I especially want to perform consistently in those spring Monuments. If I succeed, the results will follow. If you’re up front with everything, you get more options.”