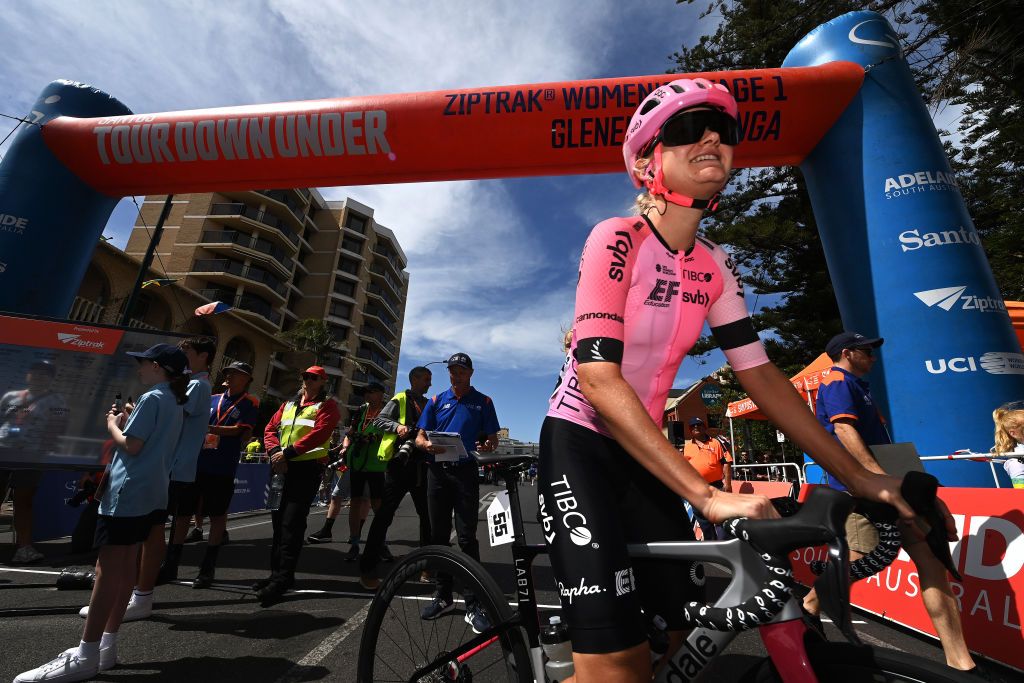 The leap to the Women’s WorldTour in 2022 may have seemed daunting for the long-time US-based EF Education-TIBCO-SVB squad. Until last season, the TIBCO programme had spent most of its 18 seasons as a Continental programme, the metamorphosis bringing a new title sponsor, increased staff and seven new riders to the team. Any misgivings that the hurdle would be too steep were swept away in the spring when the team scored a trio of victories on two continents, the first of 13 wins in their WorldTour debut season.

Krista Doebel-Hickok climbed to a pair of stage wins at the Tour of the Gila while across the Atlantic Ocean Veronica Ewers won stage 2 of Ceratizit Festival Elsy Jacobs two days later. Both US riders would secure second place in the overall standings for the respective races.

So for 2023, no major remodelling was needed as a steady upward trajectory continues for EF Education-TIBCO-SVB.

“We had a lot of new riders on the team for 2022 and it always takes time for a ‘new’ roster to get to know one another and build the trust and cohesiveness that is needed for the team to win. I was amazed at how well and how quickly the team gelled this past season,” said Linda Jackson, team founder and owner.

“Overall, we want to move up into being a top 10 UCI team this year and that’s a big jump. We have a couple of the world’s best climbers on our team, so hilly stage races will always be a target for us, and we have added some Classics depth as well.”

Bringing a boost of speed and stealth to the team is Alison Jackson, who raced for the TIBCO programme in 2018 and 2019 before she took opportunities at the top-tier with Sunweb and Liv Racing. Her explosive sprint gives the team the extra firepower it was looking for in the Classics and shorter stage races.

“When EF came on board, it was really interesting just watching the team grow. You know, for some of the reasons why I left, I just saw those gaps being filled. They brought on so many resources. They really have a lot of ambition to be a top five team,” Alison Jackson told Cyclingnews from winter training camp in California recently.

“I really love the ambition for the team. I mean, I want to win races, I want the team to win…