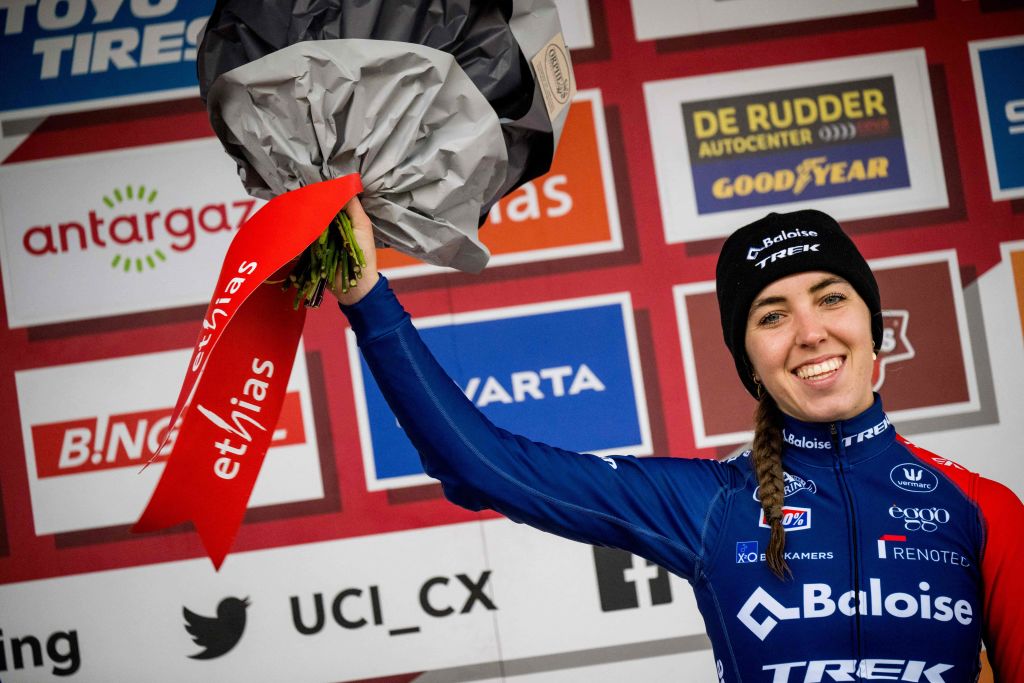 Shirin van Anrooij (Baloise Trek Lions) soloed to her second win of the season at the 11th round of the UCI World Cup in Gavere.

The 20-year-old prevailed in the mud over her Trek teammate Lucinda Brand by 37 seconds after the pair had tussled with each other during the closing laps of the race. The former world champion faded badly on the final lap, however.

Puck Pieterse (Alpecin-Deceuninck) rounded out the podium 50 seconds later, while in fourth place 18-year-old Zoe Backstedt (EF Education-Tibco-SVB) scored the best World Cup result of her career at 1:01 down.