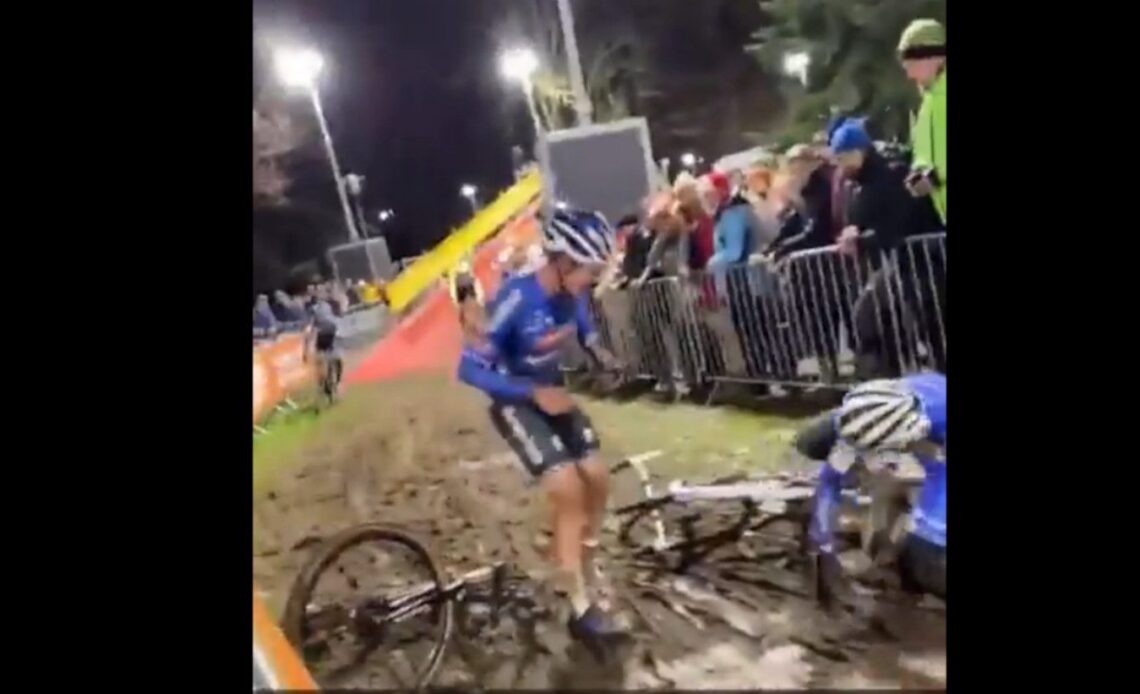 There’s nothing worse than crashing in cycling…unless there are riders right behind you. That was what happened to Ryan Cortjens at the Superprestige Diegem on Dec. 30. Fans across the world believed the contest to be one of the best ‘cross races in years.

Jumbo-Visma’s Wout van Aert beat Ineos Grenadiers rider Tom Pidcock with Mathieu van der Poel having to settle for third. It was a battle royale between the Big Three, and it was simply stunning stuff.

Van der Poel’s Alpecin-Deceuninck teammate, Cortjens, would be the first to say that it wasn’t such a great day, however.

You can see him wipe out at the bottom of the hill…but what follows is evern worse as a bunch of riders smash into him, leaving a mess of cyclists. Rider after rider do their best to avoid the pile of carnage (including what seems to be Canada’s Evan Russell.)

Cortjens would go on to DNF in the race, and if you watch the footage below, it’s pretty clear why.

A follower sent us this video from Diegem. A crash by Cortjens is followed by pure chaos pic.twitter.com/W3dJHjq7eo