What were you talking about in 2022? A recap of the year’s top stories 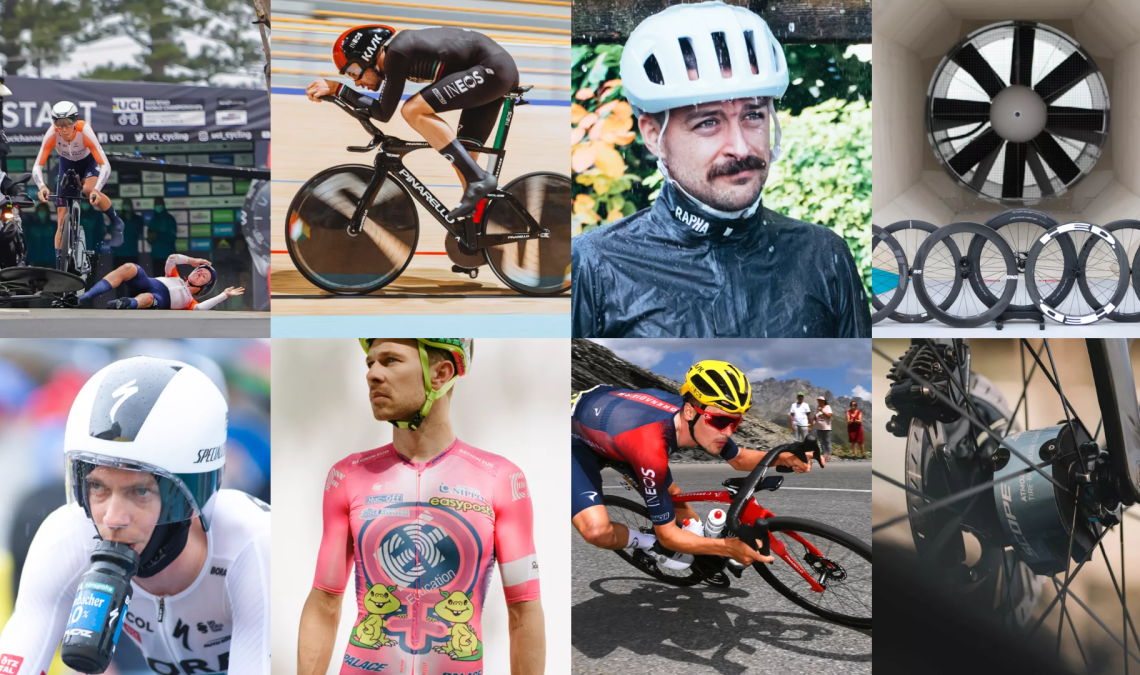 As another year barrels towards its endpoint I’ve decided to do away with Tech of the Month, mostly because the only cool tech I’ve received in the post in December so far has been an absolutely fantastic, but not overly technical, blue cap from Ouseburn Bike Works. It simply says “bikes” on it, so all my friends know just how one-dimensional I am.

Buckle up, it’s been a bit of a wild year. There have been crashes, exploding wheels, new tech galore, and as always, there are pro riders giving it both barrels at disc brakes. It happens every year, and we never get sick of it.

Nothing much happened in January and February, or at least not enough to trouble our top stories list. The blockbuster stories effectively began in March when Matej Mohoric dropped like a stone off the Poggio to win Milan-San Remo on a bike equipped with a dropper post, as well as noticeably enlarged brake rotors borrowed from Shimano’s XTR mountain bike groupset.

“I’ve destroyed cycling… now I think everyone will start to use dropper posts” might be one of the quotes of the season from Mohoric, and certainly one of the most misplaced given that we haven’t seen one since, even in races with notable final descents such as Lombardy. That is apart from when he used one again at the Tour, finishing suitably mid-pack as the breakaway took the stage. Mohoric himself even conceded that he hasn’t seen much enthusiasm for droppers while at a team camp in Spain later in the year.

I’m a big fan of rim brakes, I even put rim brake pads in my Gear of the year, but even I will admit…