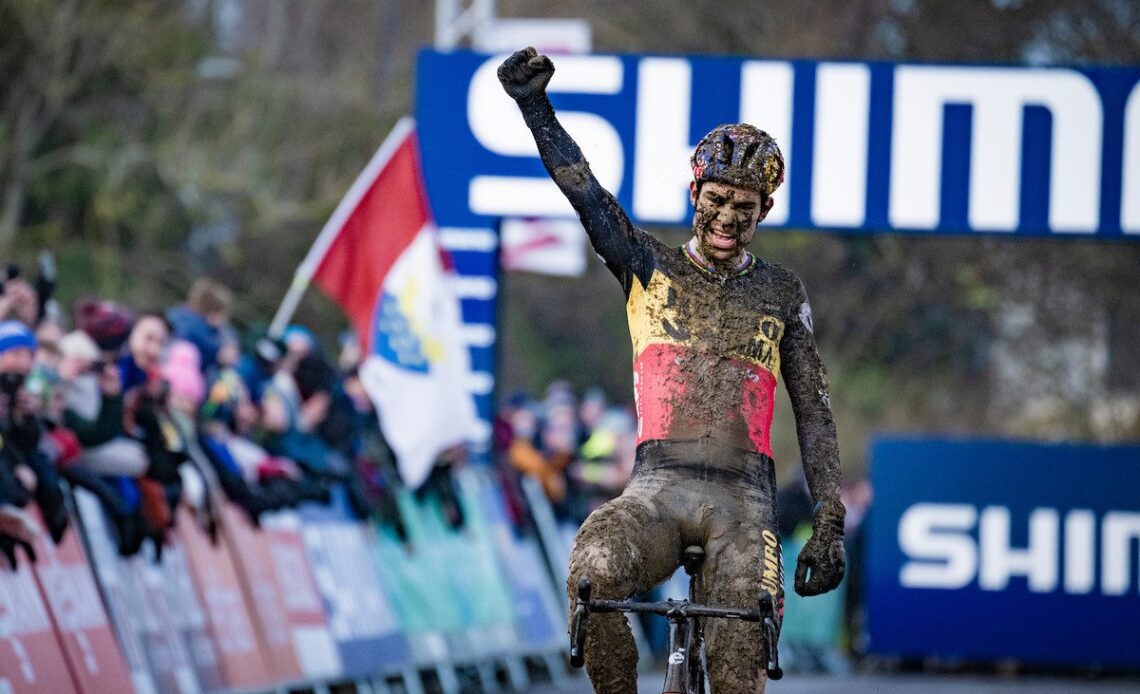 Wout van Aert gave answers on much more than cycling on Thursday, ranging from the war in Russia, the environment, and what he referred to as the “woke debate.” The Belgian has had a great holiday week of racing, snagging several wins. He’s also been vocal about overzealous fans coming to his door, eager for a photo or autograph.

On Thursday, he spoke with Gazet van Antwerpen about a whole bunch of things. When asked what annoyed him the most, he was pretty straight about what makes him angriest: the war in Ukraine. “That can be none other than Vladimir Putin. I have already referred to it after my victory in the Omloop Het Nieuwsblad. A war in Europe, not even that far from Belgium. It is incredible that this is still possible in this day and age.”

When asked what trend he finds most “regrettable,” the former world champion spoke of what he refers to as the “woke debate.”

“I sometimes see it going to the wrong side. Nowadays you have to be so careful with what opinion you express. Not even having an opinion is often wrong. Above all, you have to shout very loudly: I am woke,” he said.  “Otherwise, you are almost by definition discriminatory. The best example is the blackface discussion. I never used to associate that with oppression of anyone. It bothers me greatly that all that is being dragged in nowadays.”

That being said, the green jersey winner is hopeful for better times next year.

“After three years that were scarred by COVID-19, I finally hope for a completely Corona-free year. If I can make  a sporting wish for myself,  it would be a win in a cobblestone classic: the Tour of Flanders or Paris-Roubaix. But much more important, for everyone: good health and a lot of luck, of course.”