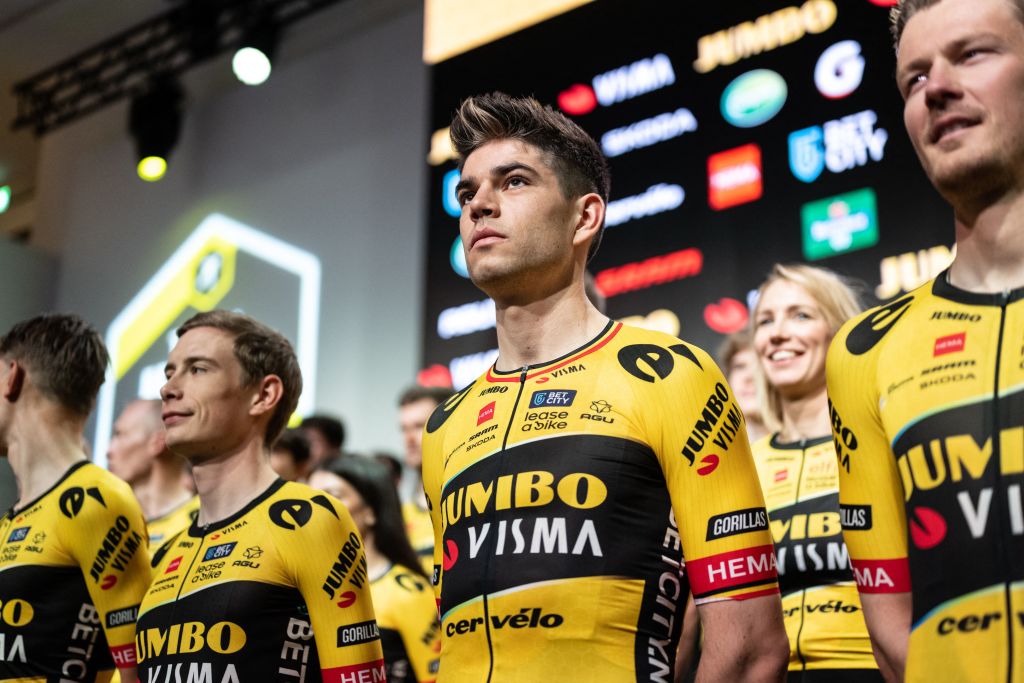 Wout van Aert (Jumbo-Visma) will not target the green jersey from the outset of the 2023 Tour de France as he looks to hold something in reserve for the World Championships road race in Glasgow on August 6.

A change in schedule to accommodate the inaugural edition of the multi-discipline UCI Cycling World Championships means that the road race comes just two weeks after the Tour concludes on the Champs-Élysées.

Van Aert won the points classification on the 2022 Tour, as well as a hat-trick of stage wins, but he said he would prioritise the rainbow jersey over the maillot vert next summer.

“Green was a great adventure, but stage victories are more memorable and the World Championships is the higher goal. That’s why I don’t want to focus on the points for green from the start,” Van Aert told Sporza (opens in new tab) at the Jumbo-Visma presentation in Amsterdam on Thursday.

“It could become a goal during the Tour, but I will choose my days much more [carefully], and in the final week you still have many opportunities. You can make choices then, and it’s much more sensible that way.”

Van Aert’s dominance on all terrains at the 2022 Tour was such that he formally sealed the points classification with half a week of the race still remaining. The Belgian also wore the yellow jersey in the opening week and he played a key role in helping Jonas Vingegaard to overall victory. He even produced the decisive turn to drop Tadej Pogacar (UAE Team Emirates) on Hautacam, the final mountain of the race.

Van Aert conceded that his all-action 2022 season had left him running on fumes by the time he got to Wollongong for the World Championships in late September, and his racing programme for the new season is tailored accordingly.

The 28-year-old races the Mol – Zilvermeercross on Friday and he is targeting the cyclocross Worlds in Hoogerheide in early February. But he revealed that he would miss next month’s Belgian Championships in favour of a training camp.

Van Aert also confirmed that he would not defend his title at Omloop Het Nieuwsblad, preferring to start his season a week later at Strade Bianche.

“This way I have an extra week to go on an altitude training camp for Strade. The past has shown that altitude training is a formula for success,” said Van Aert, who will return to Tirreno-Adriatico after a year’s absence before tackling Milan-San Remo.

Van Aert will again race the E3 Saxo Bank Classic, which he won in 2022, and Gent-Wevelgem, as he builds…