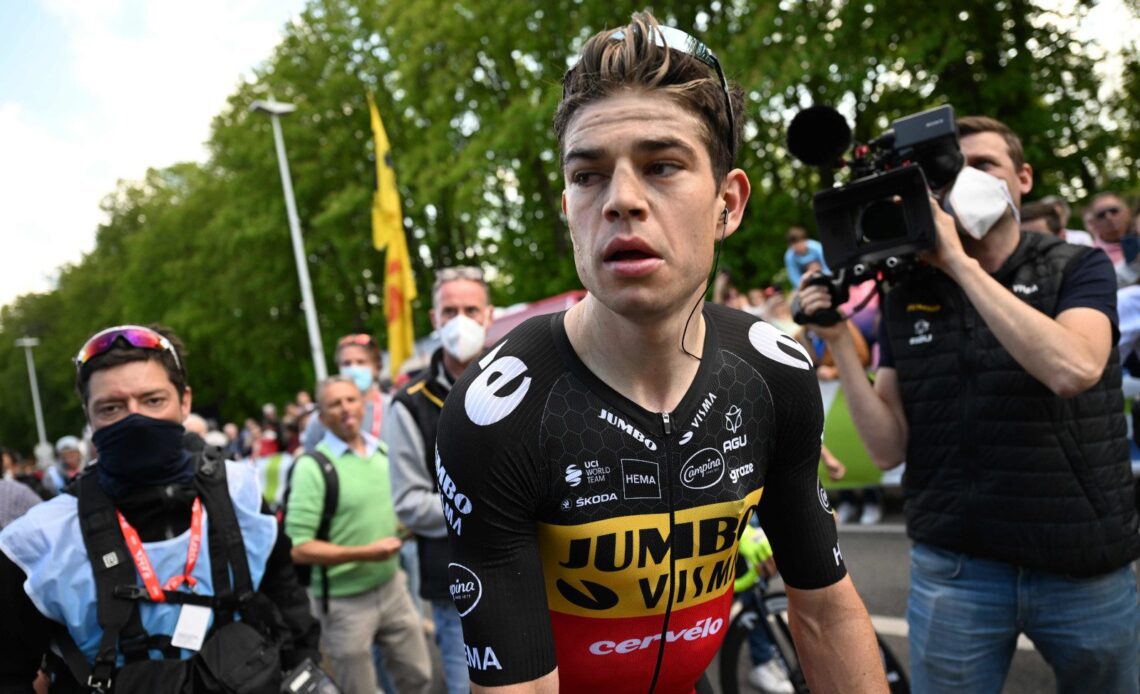 One of most popular cyclists in the world, Wout van Aert, is tired of being disturbed at home by fans. The green jersey winner and former world champion told Sporza that his followers continue to show up to his house, and it’s understandably getting on his nerves.

“It happens every week that people just ring the doorbell. I prefer to be left alone at home. I notice that the attention on me is increasing. I always think it couldn’t get any worse, but then it turns out that it can,” he said. “People just ring at my door. There is no need for that. The chance that I will open the door is minimal.

Van Aert had a good week of racing during the holidays, with a win at Tuesday’s Superprestige in Heusden-Zolder and Zilvermeercross on Dec. 23. But it seems that people insist on trying to meet the Jumbo-Visma rider.

“It happens regularly that people are at my door, even on a weekly basis. They call with a special request: for a sweater signing or they organize something special. Everyone has their unique story and I understand that, but it is not always easy. I prefer to be left alone when I am at home. It still surprises me sometimes,” he added. “I used to be known in cyclocross, but now it goes much wider outside Belgium.”

His popularity has grown as his success has, he said. And that fame can be a bit too much at times.

“Certainly throughout Europe I am known, and that is always a special feeling. Abroad I always thought that I was ‘at ease’ for a long time, but suddenly I am also recognized there,” van Aert said. “As a rider you learn that it is part of it, that much attention, and I try to deal with it in my own way and to remain friendly, if possible, but I do notice that I have become much more assertive about it. I think I don’t have to do something or if I think they’re coming into my private sphere. I’m going to make that clear.”