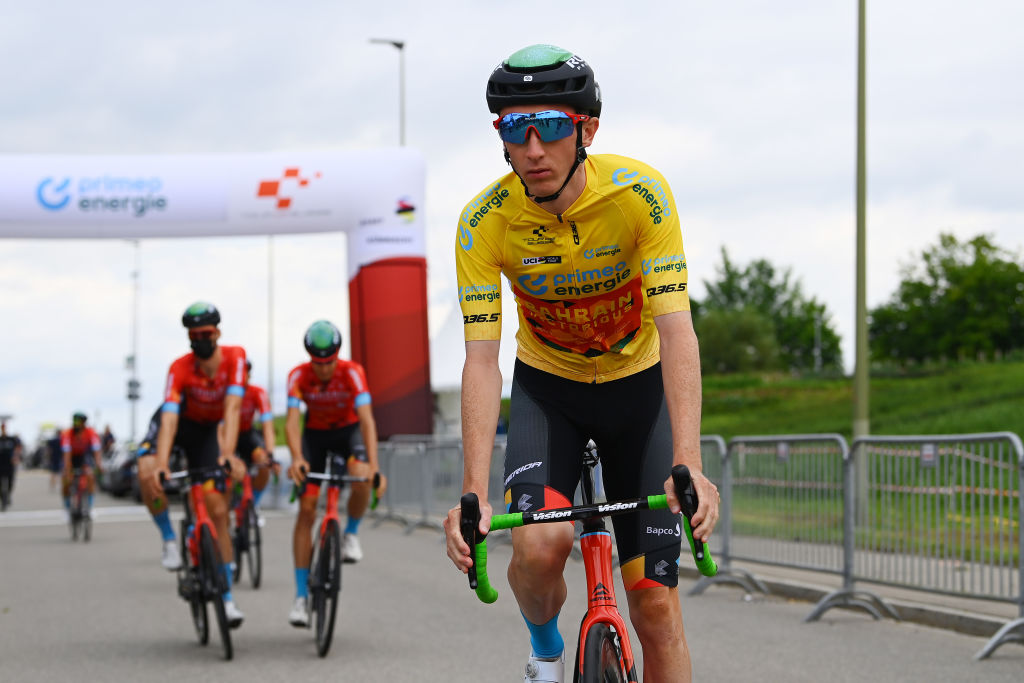 Stevie Williams must have wondered what he needed to do to catch a break. The first years of the Welshman’s career were blighted by injury, but he provided a timely reminder of his quality last June with a fine victory on the opening stage of the Tour de Suisse and a stint in the yellow jersey.

His gifts as a climber suggested that his race might end with a high overall finish, not to mention a decent haul of UCI points, always useful for a rider in contract year. Just when everything seemed to be finally on track, however, Williams was forced out of the race, a victim of the cluster of COVID-19 cases that ripped through the peloton that week. He can smile about it now, but at the time it must have been maddening.

“Luckily, I was able to get something done before it all kicked in,” Williams told Cyclingnews at the Vuelta a San Juan, where he is making his debut for Israel-Premier Tech.

That transfer, too, was not without its wrinkles. After four seasons at Bahrain Victorious, Williams had agreed to move to B&B Hotels for 2023, only for the project to collapse in early December. The fate of Mark Cavendish, who had also been set to join Jerome Pineau’s squad, dominated the headlines, but the Manxman was always likely to find a home elsewhere. Many riders and staff, by contrast, ended the year without a job.

As well as that Tour de Suisse stage win, Williams’ palmarès includes overall victory at the 2021 CRO Tour and a sparkling triumph at Ronde de l’Isard as an under-23 rider ahead of a field that included João Almeida, but even a back catalogue of that calibre offered no guarantees at that late point in the transfer market.

“I’d arranged to go to B&B, that was all agreed in the summer, so it was definitely a shock and quite a stressful winter for me,” Williams said. “It was just something I’d never thought I’d have to go through. But I know it’s happened before and, more than likely, this won’t be the last time it happens in cycling.”

Rumours of B&B’s problems had begun to circulate even by the time Williams attended the squad’s pre-season planning meeting in October, but the 26-year-old continued to hope for the best as the weeks ticked by and critical details like the team’s new title sponsor remained decidedly hazy.

“Ultimately, when the news did come, that’s when a line was drawn under it,” Williams said. “It was just an awful time for a lot of staff and riders. It’s a great shame.”