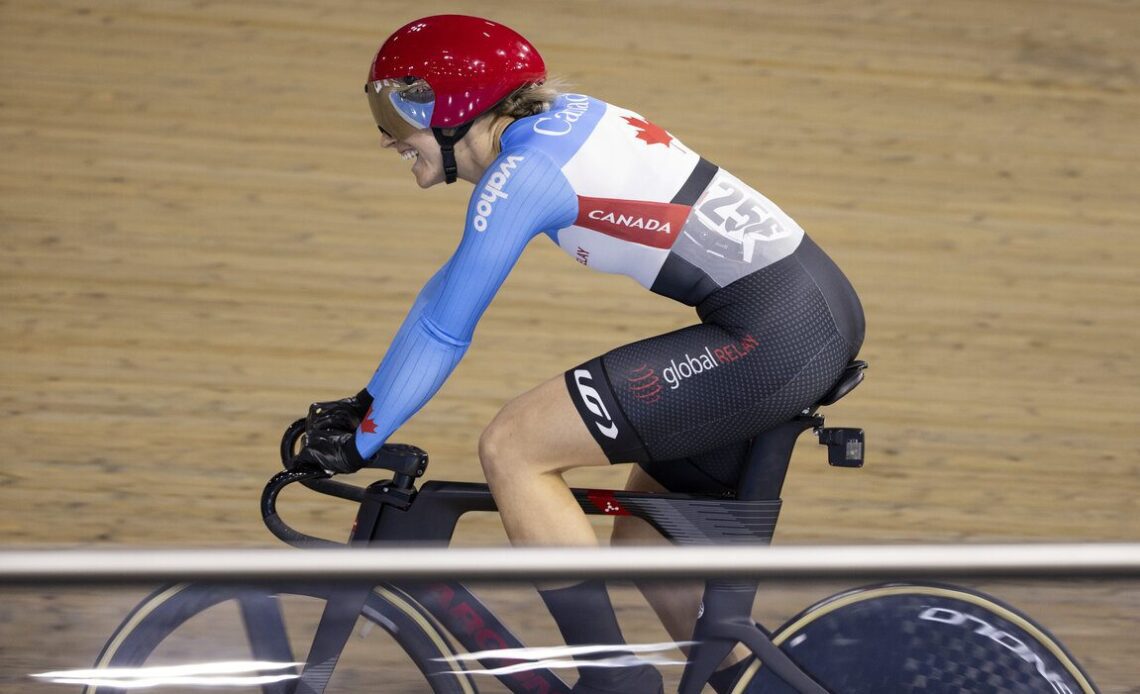 There are over 120 elite and masters athletes from across Canada who will be in Milton, ON. on Friday to Sunday for the 2023 Canadian Track Championships.

Racing begins at 10:30 e.st. on Friday, launching three full days of action with Canada’s finest. Olympians Lauriane Genest, Ariane Bonhomme, Michael Foley will be there ready to fight for maple leaf jerseys. And of course, Olympic champion Kelsey Mitchell will be racing, so look for some fireworks in the sprint, Keirin, team sprint and 500 m time trial. Don’t forget endurance riders like Sarah Van Dam and Erin Atwell who most certainly be in the mix as well. One rider who won’t be at the track nats is Maggie Coles-Lyster. The national road champion is starting her road season in Spain.

World champion Dylan Bibic will be there in the scratch race, the first time Canada is hosting the event as a national championship. Bibic will also be one of the favourites in the individual pursuit and points race.

Watch out for Ariane Bonhomme, Devaney Collier and Kiara Lylyk to duke out in the women’s omnium. On the men’s side, it will be a battle royale between riders like Bibic, Foley, and Mathias Guillemette. There’s also new Premier Tech recruit, Gavid Hadfield, who has graduated from the junior ranks. And don’t forget Carson Mattern, triple world junior champion who will be a huge threat in all of the endurance events.

These are just some of the names to watch for…the national championships are always full of suprises!